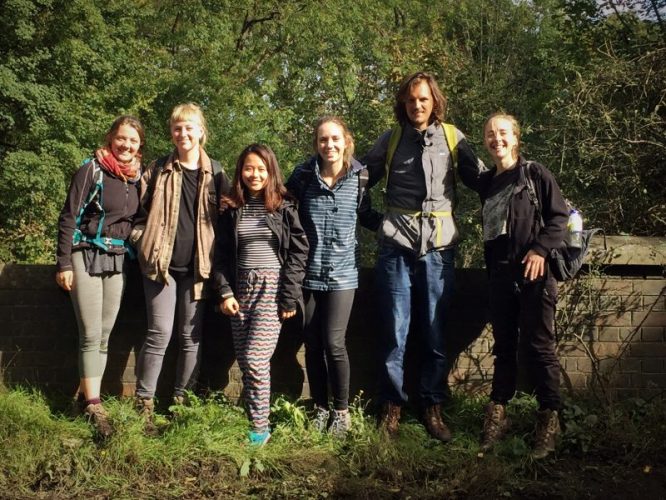 Hi, I’m Manda, I am one of the current team of students working on the Share Shop at the moment and it is week 4. It’s been a really pivotal week. It’s been the last week of facilitated time and we are now on the edge of setting off and doing all the things we have been planning. We did a session of reflection with Neil. We took a pause, we presented the ideas to the Share Team – and it didn’t go as well as we had hoped. We were quite deflated, and we thought about what we would have done differently. We were introduced to the accreditation process that we can do as part of the project – its the first time its being introduced and will allow us to get a qualification in Enterprise and Entrepreneurship from UWE.

We are now finalising our ideas and started to group them together in more manageable chunks. We ordered them on a spectrum line according to a number of things including to which they were grounded in research, and how they met the brief – and then the project started to feel more real and exciting.

Then came the part that was most difficult for me: role allocation. We decided on three different streams to take forward, and I had a strong idea of what I wanted to take forward. In the end we discussed a range of things including our skills, our commitment. No one wanted to do the one fundamental element of the project – so eventually we worked out how we could do this that worked for everyone.